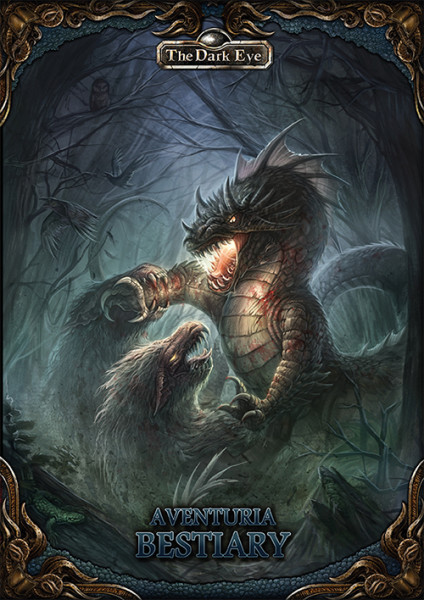 Horrifying and deadly monsters lurk in the forests, swamps, and jungles of Aventuria. To creatures such as these, heroes are little more than food, and whoever gets too close may fall prey to venomous fangs, razor-sharp claws, or worse.

Many adventurers have dreamed of slaying a giant wyvern and plundering its ancient hoard, but dragon-slaying is no easy task! The Aventuria Bestiary describes 40 terrifying monsters and two dozen highly dangerous animals that can challenge even the mightiest group of heroes.

This sourcebook describes supernatural beings such as demons, fairies, and ghosts, but also includes nightmarish flesh-and-bone creatures like the corpse-devouring ghoul, the foul pit worm, and the titanic gorger.

The wilds of Aventuria hold more than just monsters. The land also supports many dangerous and interesting animals. Aventuria's oceans, skies, and fields are home to bloodthirsty striped sharks, arrow-swift storm falcons, and heavily armored, horned saurians, each a unique challenge for heroes who dare to explore the trackless wastes.

Each creature description features a full stat block, a colorful illustration, and notes on physical traits, habitat, and encounter tips.

As a bonus, the Aventuria Bestiary introduces new advantages and disadvantages, new special abilities designed for combat with creatures, rules for creature swarms, and expanded rules for hunting and making use of quarry. 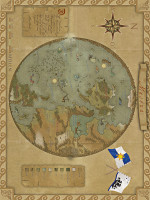 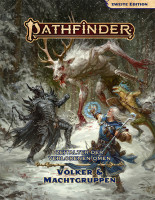 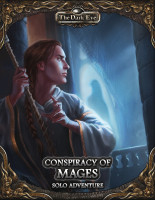 The Dark Eye - Conspiracy of Mages